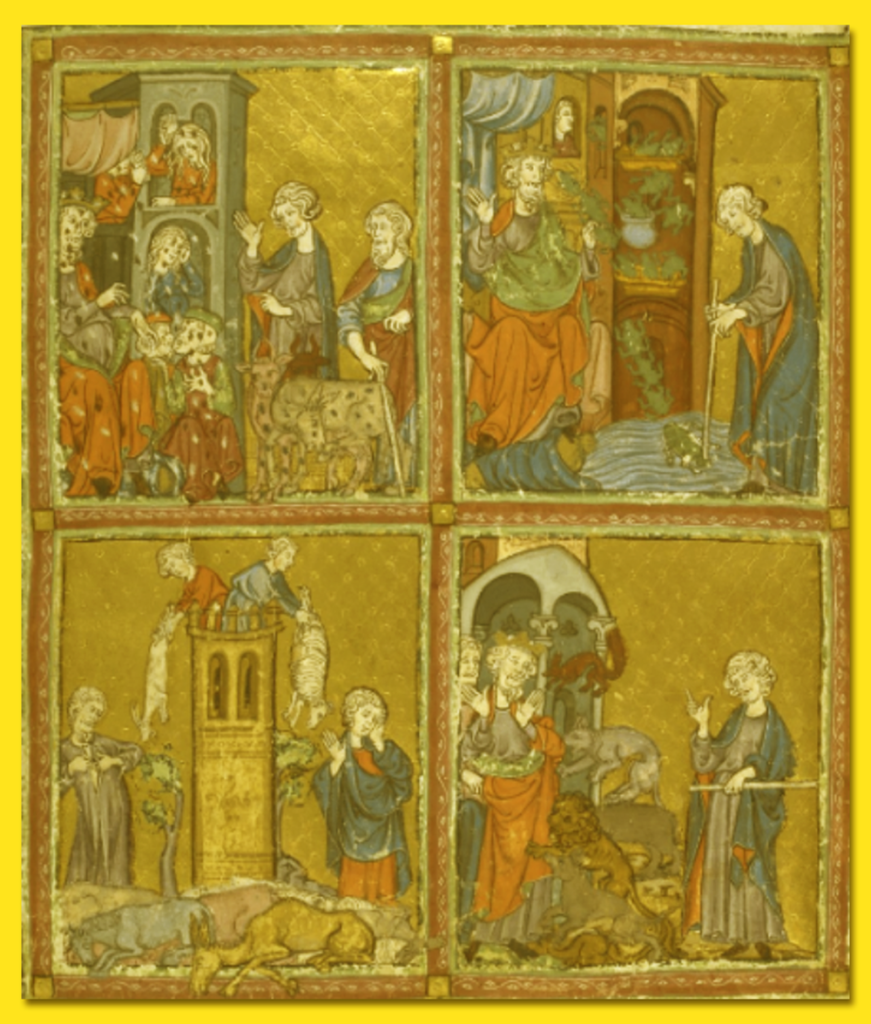 Passover this year comes at a critical moment in Catalonia and in Spain. As Jews in Madrid, in Oviedo, Mallorca, Malaga, Valencia, and in Barcelona gather around the seder table to commemorate the enslavement of our ancestors and their subsequent liberation, to discuss the meaning of mythology and its connection to the present, Spanish prisons are filling up with artists, idealists, and politicians.

During Passover, Jews fulfill the obligation of remembering the slavery of our ancestors and their subsequent liberation as if we ourselves had lived it. The story we will retell is unique for its time. In ancient times, a great number of myths and narratives arose, largely created to explain the phenomena that people lived, both natural (rain, thunder, the movements of the stars) and social (hierarchy, empires, wars). The story of Pesach, however, is very different. It presents us with a social reality that was, at that time, immovable, and formed the foundation upon which the greatest civilization the world had ever seen was based: slavery. Rather than explaining or justifying it, however, this story declares that it was possible to eradicate it from society, even though the entire Egyptian empire supported it. Injustice, it tells us, is not immutable. Furthermore, each of us has the ability, as well as the responsibility, to stand up to it. For that reason, as we recall this story as our own, we must confront the injustices we are living now.

In recent months, the Spanish state has sentenced rapper Valtonyc to prison for criticising the monarchy in a song; halted the distribution of a book detailing drug trafficking connections in Galicia, including the role of a mayor from Spain’s ruling Popular Party; ordered the removal of a work of art denouncing the existence of political prisoners in Spain; and engaged in police violence against citizens in Murcia protesting a planned high-speed rail. These cases don’t even include the dozens of citizens prosecuted under Spain’s 2015 so-called Gag Law that criminalises photographing police officers or demonstrating near Spanish institutions, like the Parliament.

After the October 1 referendum, the Spanish state revoked Catalonia’s right to autonomous government, and Catalonia continues to be governed from Madrid, by politicians who, unlike the democratically-elected leaders imprisoned in Alcalá-Meco or Estremera, have not been chosen by the people.

Those politicians are, however, involved in one of the biggest cases of government corruption and plundering public coffers in modern Spanish history, which continues unresolved. It has taken the Spanish state years to interrogate whether handwritten ledger entries showing payments to “M. Rajoy” from a secret second set of Popular Party accounts could implicate Popular Party leader and current Spanish Prime Minister Mariano Rajoy.

On October 1, we were direct witnesses of the violence exerted against peaceful residents by the state security forces. The Spanish state, from those early hours, chose to lie and confound by stating, alternatively, that the police action had been proportionate or that the violence that we could all see had not occurred.

From Spanish police violence against Catalan citizens who peacefully went to the polls on October 1 to participate in a referendum on their future, to Catalan police violence against protesters expressing their indignation at the arrests of their elected leaders on March 24 and 25, to the ever increasing number of politicians, musicians, artists, activists, and others being prosecuted for expressing their ideas, Catalan and Spanish citizens are suffering from the instrumentalization of the State to repress ideological adversaries.

Mozaika is a collective formed by young people of different ideologies, geographical origins, and political identities, united in our commitment to democracy and to the defense of freedom and human rights. Therefore, faced with the authoritarian drift of the Spanish government, we must raise our voices against the repeated violations of citizens’ and residents’ rights at the hands of a state that is supposed to work not only to not injure these rights, but to guard and foster them.

When confronted with the task of putting an end to injustice, Moses argued, perhaps rightly, that he was not the best person for that mission. Even so, the responsibility of facing oppression does not fall on the most prepared, but on all of us. We accept responsibility, as a Jewish platform, for non-indifference to the environment in which we live. For this reason, with more determination than ever, we raise our voices in hopes that the liberation that we once lived and that we remember today can serve as inspiration to improve the society in which we live.