“Berlin’s Jewish population goes back to about 1670.

Some of these Jews had Sephardic roots, but they’re hard to trace. 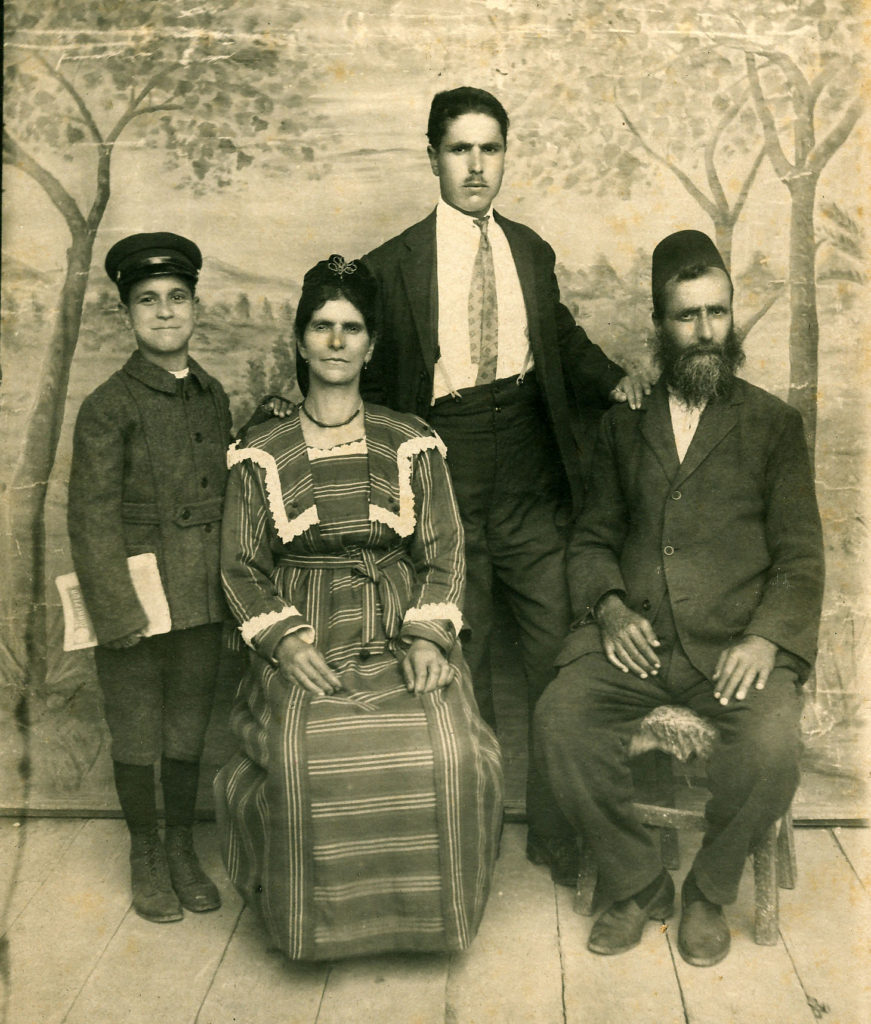 Roger, a specialist in German Jewish genealogy, responds to my inquiry about tracing matrilineal surnames. Trying to chart my family’s genealogical path back 500 years to Sepharad was proving expensive, if not impossible.

To prove my ancestral origins in Spain before the Inquisition of 1492 means being nationalised under Spain’s Law of Return for Sephardim.

This law, as stated by the then Minister of Justice Rafael Catalá in 2015, was the ‘correction of a historical error’. Not any error within the 20th Century, but that of the 15th Century’s mass Inquisition.

As is the case with the Spanish government’s relationship with their Sephardic community, the law appears at first glance to be more progressive than it in fact is.

These relations materialise in the succession of initiatives set up since the 1990s in the name of Spain’s Sephardism. For nearly a year, I have been deconstructing these initiatives, from the law to the Jewish tourism industry.

This series of articles for Mozaika will challenge their altruistic facades, by exploring how these serve the government’s diplomatic, economic and political interests, and the negative impacts on the Jewish community, and on historical validity itself.

The confusion and frustration thrown up by my attempts to pass the law stand as a prologue to the fraught understanding between the wider Jewish community and Government.

Since 2015, thousands of Sephardim have embarked on a tenuous mission to prove their ancestry, eager to leave violence in Venezuela and Turkey, or trying to get into the EU.

The first form of proof for many, is their last name.

‘Absche’ did not sound Sephardic, the earliest my grandmother could go back, but the world of jewishgeneaology.coms charged a subscription fee. The Spanish Ministry, not providing their own list, at least intervened to denounce a hoax-list of Sephardic names that spread faster than Trump’s twitter through the Israeli web.

Family documents, related to Sephardic tradition, were the next option.

The law stated that I could present:

Jewish papers are a more slippery prey than last names. My grandmother couldn’t even find her birth certificate. Things were lost in the 1939 move from Nazi Berlin.

Secularism became the next barrier. My great-grandparents, who felt ‘German above Jewish’ had followed thousands of Sephardic Jews through their assimilation to secular, diaspora cultures.

Lost Sephardic surname; vernacular proof; documentless, and a non-observant family for at least 3 generations. Regardless, my position did not feel unique for the 21st Century.

Portugal’s Law of Return had relativised their requirements to include the oral genealogy of Jewish families and communities as a form of proof. They accept:

‘Testimonial evidence, i.e, reputable witnesses who can attest to a family’s oral tradition’

So how were other Sephardim managing to prove their identity?

Legal advice would be a common route for the many dissuaded to risk attempting the process alone.

‘It would be 4,000 euros’, Reve, an Israeli entrepreneur, told me bluntly. The cost to use his pop-up company to accompany prospective-Spaniards through the law’s processes. Does this law also have an economic filter?

The trial does not end at your proof of Sephardism. The law also requires evidence of your ‘special connection to Spain’.

The Spain in which my ancestors had lived, or the Spain which was formed following the mass expulsion of Jews and Muslims?

The former, Medieval Spain existed 500 years ago, and was built by the Jews, Muslims and Christians who had co-existed there for 9 centuries under La Convivencia. The Catholic, Castilian Spain which came after, whose foundations support the present day nation, have little to do with this history. The Spanish Inquisition ensured there was no overlap.

The ‘connection’ the Spanish government wanted was to Modern Spain, and they required a Spanish language and contemporary culture test to show this. I would have to complete this in a Cervantes Institute center –– what if my country didn’t have one?

Germany, Poland and Portugal’s Law of Returns seem more sensitive to the fact that Jewish returnees may wish to begin reconnecting with the country that expelled their ancestors on their own terms.

As the Spanish law states, I would have to show this connection through carrying out ‘cultural or economic activities in favor of Spanish people or institutions or in Spanish territory’.

This connection to Modern day Spain, according to the Minister of Justice, can be applied to the broad diaspora of Sephardim, extending from Amsterdam to Cairo. In the hyperbolic Preample, the introductory statement to a law, the Minister writes:

‘The love for a conscious Spain at the end of the historic and sentimental baggage of the Sephardi’s palpitates.’

Sephardic identity’s presumptuous reduction, merged with the economic filter, were features to be traced across the Government’s other initiatives.

Beyond the 2015 Law of Return, there is La Red de Juderias, set up in 1995; a Jewish tourism network, and a cultural and diplomatic El Centro Sefarad Israel, set up in 2006.

The stated purpose of such initiatives is to rediscover the Sephardic legacy, make amends for historical persecution of Sephardim and spread knowledge of Sephardic culture through Spanish society.

Although some of these aims have been part-realised through these initiatives, the benefit to Sephardic Judaism following their fulfilment has been sorely missed.

On the contrary, their negative effects cover a wide spectrum, from offended and silenced Sephardim, to the distortion of historical accuracy.

The actuality of being Jewish in Spain prefaces the need the community has for institutional support.

There is little open integration of the 40,000 Jews in Spanish society, with synagogues mainly hidden and guarded by national police and Judaism only being legal since 1978. Doubt and curiosity lead many to hide their identity, while the atmosphere of university campuses often tips into anti-semitism. Jewish academic and culture movements exist, but without any wide platform.

With Spain still the third most anti-Semitic country in Europe, change must come through public, institutional representation.